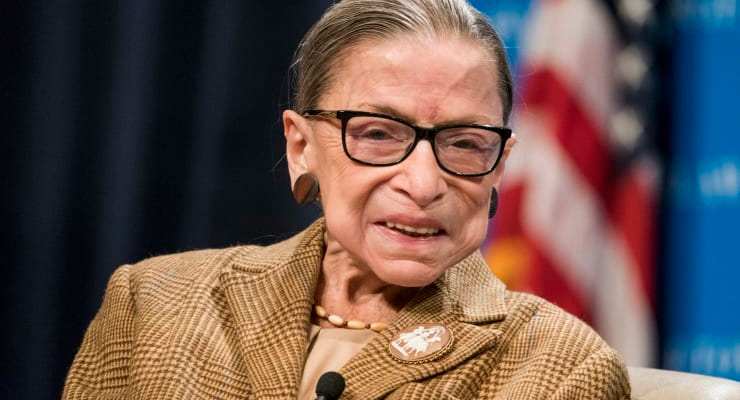 Imagine being so iconic and “notorious” that the whole world recognizes you by just three letters.  That puts Ruth Bader Ginsburg, or RBG, in the same category as MLK, FDR, JFK, and…JLo.  Sadly, just under one week ago, on September 18, 2020, the Notorious RBG died at 87 years old at her Washington D.C. home.

For about 27 years, Ginsburg served as one of nine justices on the U.S. Supreme Court, the highest court of our country.  She graduated college from Cornell University in 1954 and received her law degree from Columbia Law School in 1959. She had two children with her husband Martin Ginsburg, who died in 2010.  She helped establish the American Civil Liberties Union Women’s Rights Project, where she worked on many Supreme Court cases for women’s equality.

In 1993, Ginsburg was appointed to the U.S. Supreme Court by President Bill Clinton.  She was an active leader for equal rights for not only women but also African Americans, immigrants, gays and lesbians and other minority groups.

She famously said, “When I’m sometimes asked ‘When will there be enough (women on the Supreme Court)?’ and my answer is: ‘When there are nine,’ People are shocked. But there’d been nine men, and nobody’s ever raised a question about that.”

Even after her death, Ginsburg remains an inspiration for young girls like me to boldly aspire to be a leader who changes the world.